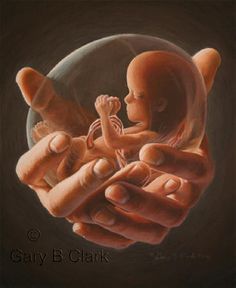 The issue of abortion has become front-page news and is striking controversy at the heart of many people. The “world” feels that they have the right to abort a baby on demand. Sadly, some Christians also feel that God is not opposed to abortion under certain circumstances. Does God allow exceptions for some abortions?

When we study the Bible, we see very clearly that God cherishes every life ever conceived! Not some, not most, but every life! Many Scriptures speak of the unborn children and God’s love for them. God loves His creation. However, God HATES sin because it leads to the death of the ones He loves! We read in Exodus 20:13 NKJV that God says, “Do not murder.” There are no conditions added and no special circumstances around that commandment. It is very simple, “Do not murder!” There are no exceptions.

Every life conceived is valuable to God. Every unborn child is precious in His eyes. Jesus died to save every one of them. There are NO exceptions for murder! God said, “Do not murder!” He meant it. If we decide that it’s okay to kill an unborn child, then we are raising ourselves up to be equal with God just as Satan did. Judgment will surely come upon those who challenge God’s authority and decide who can and will live.

King Solomon wrote that a pregnant woman doesn’t carry a “fetus”, but rather, she carries a child in her womb.

The prophet Jeremiah said that God knew him before he was even born. 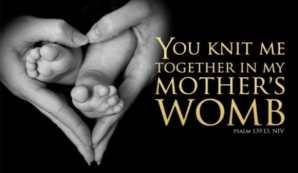 God created the unborn child, and that child is NOT the property of the mother carrying the child. The mother does NOT have the right under any circumstances to kill a child that God has made—not one that is born nor one that is unborn because if she does, IT IS MURDER!

If God says the unborn child is a child, then he or she is a child. Fact.

Unborn babies are innocent and they fully trust their mother for life. But when they are murdered before they are born, they all go to be with Jesus, and He is waiting to avenge their death. Jesus said He would punish those who hurt His children. 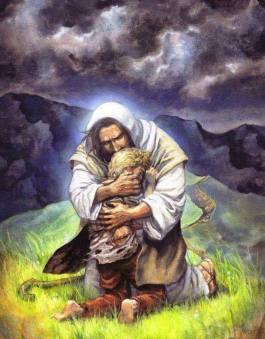 Children are God’s heritage. He created them, loves them and looks forward to being with them. Soon Jesus is going to call us Home to be with God our Father forever, and we His children should be as excited about our redemption as He is.

King David, the wonderful psalmist, knew the heart of God. He knew that God had created him and that God had been with him since his conception. He said it all when he wrote this passage:

Many people say that if the mother’s life is at risk, or if there’s been a rape, then God would surely understand an abortion. Well, He surely does not! Murder is murder. When the mother’s life is at risk, she needs to ask God for healing! She does not have the right to murder her baby to save her own life. If you have had an abortion and feel that God approved it, then you had better repent because He did not.

The devil has been pushing this agenda so that his followers will sacrifice their children to him just as they did in the Old Testament when they threw their children in the fire. These abortions (murders) are offerings to the devil, and the people are so blinded by their own immoral lusts that they don’t even see what’s going on. It’s bad enough that they murder the unborn, but they have no compassion for the ones who survive it and are left to die. Oh, how God grieves for these children!

Jesus will soon return and pour His judgment out upon this evil world. Christians need to study the Bible and know the truth so they can stand against this vile attitude! God does not make exceptions to His law and He does not approve of these sacrificial murders! 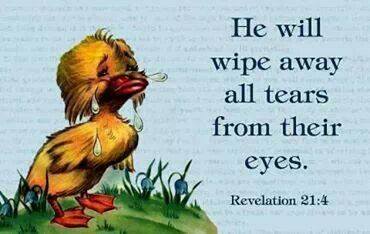 *If this message has blessed you, please share it and pass it on to others. Let’s work together and get this message out there. And if you haven’t subscribed to this blog yet, please join us now so that all future posts can be delivered directly to your inbox.

Thanks for stopping by. Have a really blessed day. … ronnie

11 thoughts on “Does God Allow Some Abortions?” 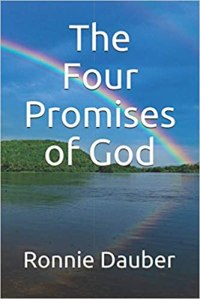 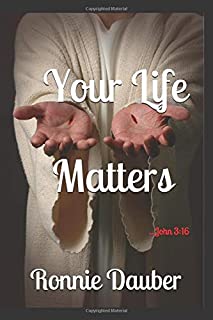 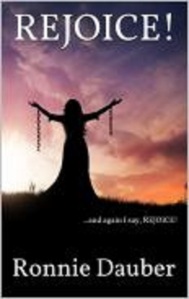 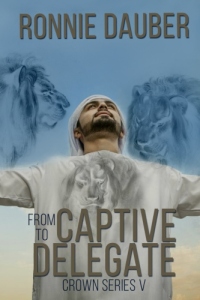 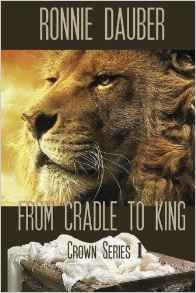 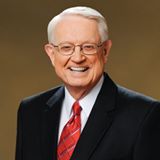 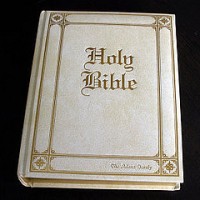