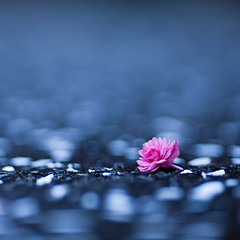 Much of today’s Christian community has deviated from its origin and now consists of many man-made doctrines and ideals that have caused division in the church of Christ.  One of the greatest deceptions to circulate the globe is the concept that we are all one in Christ regardless of how much of the Bible we choose to believe. Unfortunately, this has caused many to drift far from the truth in their endeavour to “do it their way”, and many are no longer even Christians; they just think they are. And it all began when discord was sown in the church and was allowed to grow.

When we go back to the early church that began on the day of Pentecost, we see that the people had one thing in common: they all loved Jesus.  Acts 2:1 says, “And when the day of Pentecost was fully come, they were all with one accord in one place.” There was no division among them even though they came from different backgrounds and cultures. They were willing to follow Jesus and His gospel, and they had no intention of allowing their personal cultures or differences to interfere with their love and obedience to Him.

There was one message preached that day and it was the gospel of Jesus. Peter stood boldly and preached a powerful sermon to the Jews and to other nationalities, and it brought over 3,000 people to Christ. These people repented, turned from their old beliefs and followed the teaching of Jesus. But, they all came from a wide range of backgrounds so they all had different jobs, interests and mannerisms. We know that there were at least fifteen different cultures of people who attended that first Christian service because their languages are mentioned in verses 8-11.

Peter preached one message to everyone! He did not

regard culture or tradition. In Acts chapter two, he told them who Christ was and then explained clearly that in order to be a Christian they must repent of their sins, turn from the world of sin and follow Jesus.  He didn’t add in any personal opinions or suggestions; he just told them what Jesus said.

“Then Peter said unto them, Repent, and be baptized every one of you in the name of Jesus Christ for the remission of sins, and ye shall receive the gift of the Holy Ghost.” —Acts 2:38

Verse 41 says that they were all baptized and followed Jesus and His gospel.  We read on in verses 44 and 45 that they had all things in common and that some sold their possessions to ensure that no one lacked anything. Nowhere does it say that they all had to eat certain foods, or dress in a particular fashion or give money to get rich. It says they had all things in common and looked after each other in spite of the fact that they came from different backgrounds.

But God also warned the new believers through Apostle Paul that things would not always be so simple. He told them that soon wolves would come into the fold and corrupt the truth with discord. He encouraged them to stay in the scriptures, to stick together and to follow only the teaching of Jesus—and to turn from anyone who did not teach the full gospel of Christ.

“For I know this, that after my departing shall grievous wolves enter in among you, not sparing the flock. 30 Also of your own selves shall men arise, speaking perverse things, to draw away disciples after them.”—Acts 20:29-30

The issue of discord in the church is the one that is deceiving the people and tearing God’s family apart. The world will come against the church, and the church can see it coming and prepares to defend itself, but too often it does not see the discord being sown right inside its own walls.

Today we have dozens of issues that have not been resolved by using the scriptures as a benchmark. But rather, they have been settled by simply creating a new variation of the doctrine of Christ and then establishing another congregation of people who can be Christians under their own terms. Everyone is happy and they all feel that they still belong to God. But they have drifted from God to serve themselves. They are foolishly believing that they can come to God their way, serve Him their way and still be saved and headed toward Heaven.

There is a big difference between personal differences and accepting the real gospel of Christ. We can see this by looking at a typical family and their attitudes; for example, a family with five children that are raised in love and with discipline. They all go to church and learn about God; they love and respect their parents; they are dedicated and loyal to the family as a whole; they trust their parents to lead them and guide them throughout life; and they look forward to church and family events. Yet, these same children may have very different personalities.

They won’t all like the same foods, TV shows, or style of clothing. Some will enjoy music more than sports, while others get involved in team sports and love it. Some enjoy dressing to the nines for special occasions while others just come neat and clean. One might engage their spare time in reading, while another prefers to run around outside. One hates doing arts and crafts while another does it with great joy. One is proficient in mathematics while another struggles with the basics. One pursues a career in technology while the other is happy to work at Walmart.

They all have different things they like to do BUT they all are still focused on Christ; they are all still devoted to the family as a whole and would fight to the death to defend the family integrity. They do not separate from the family or cast one out because of their different personal interests. They all line up to the gospel of Christ because that is their benchmark that they know cannot be debated, changed, refuted, or compromised. They all have an understanding and that is that they agree to disagree on personal interests without jeopardizing their walk with God.

However, the church, which is made up of people from many different backgrounds, cultures, interests and mannerisms, is being torn apart by internal discord. Instead of standing fast for Christ, determining to never waver from the truth, this family has decided to just separate and do things their own way. The Bible warns us in Mark 3:25 that a house divided will fall. And so as a result we have hundreds of manmade doctrines and thousands of people who think they are Christians. The sad part is that they no longer belong to that first family that they were born into because their own personal interests became their focus and they are no longer faithful and devoted to the head of the family, who is God.

A Christian’s greatest enemy is deception! It comes at us subtly and through people and places we’d least expect it—inside the church! The devil first came to the garden of Eden to deceive Eve and he succeeded. While he continues to sow havoc in the world, his greatest battlefield is the church. Discord is sown, itching ears listen, and weak or pretence Christians leave the fold to follow a wrong doctrine.

If the church had kept its eyes on Christ and had never wavered at the first conflict that created divisions to satisfy its people, it would be strong today AND there would be only one church. The good news is, though, that Jesus is coming back and He will establish His kingdom on earth and there will be only one church to which He will be the head. No divisions; no deceptions. One doctrine. But we need to know that we are saved and walking according to His gospel now, and to do that we have to study the scriptures and know the truth.

12 Giving thanks unto the Father, which hath made us meet to be partakers of the inheritance of the saints in light: 13 Who hath delivered us from the power of darkness, and hath translated us into the kingdom of his dear Son: 14 In whom we have redemption through his blood, even the forgiveness of sins: 15 Who is the image of the invisible God, the firstborn of every creature: 16 For by him were all things created, that are in heaven, and that are in earth, visible and invisible, whether they be thrones, or dominions, or principalities, or powers: all things were created by him, and for him: 17 And he is before all things, and by him all things consist. 18 And he is the head of the body, the church: who is the beginning, the firstborn from the dead; that in all things he might have the pre-eminence.”—Colossians 1:13-18

***I have written a book called, NO COMPROMISE! Biblical Answers to Some of Today’s Issues, and in it I have answered many of the questions that concern people today about the Christian doctrine and what God says about these issues. The answers are all scriptural and I encourage you to get a copy so that you can know what God says and not be deceived into believing a man-made version of the truth. Because the truth is that only Jesus can save us and His gospel is the only way!

One thought on “Sowing Discord”

Follow Smile, God Loves You! on WordPress.com
Join 10,638 other followers